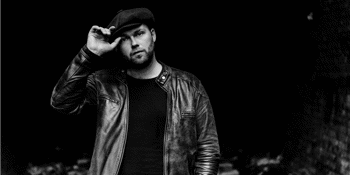 Brass Monkey (Cronulla, NSW)
Sunday, 25 October 2020 12:30 PM
3 days away
18 Plus
Adult
Music
Send this event to
Raised on the Coal Coast of NSW, Timothy James Bowen is a songwriter who has travelled the world over, and some would say has lived through more in the last few years than many would expect to in a lifetime.
2018 saw Bowen receive a People's Choice nomination for Live Voice of the Year at the National Live Music Awards up against the likes of Harry James Angus (Cat Empire) and Amy Shark, where he performed one of his songs, 'Warmth of You' (co-written with and released by Brandon Robert Young), at the NLMA Gala event in Brisbane with Australian music icon, Katie Noonan.
During the next 18 months, Bowen embarked on U.S., U.K. & Australian tours with his sister, Clare Bowen, playing alongside The Striking Matches (USA) and Imogen Clark, as well as a national tour with Sam Buckingham supported by The Australian Council for the Arts. He received a top 40 placement out of over 3,500 entries in the Vanda & Young songwriting competition 2 years running in 2018/19 for his songs 'Anchor' & 'Sing' and after becoming a Cancer Council ambassador following his personal battle with Non-Hodgkins Lymphoma in 2015, he was awarded Cancer Council NSW High Profile Ambassador of the Year in 2019.
In years past, Bowen has released several EP’s, made multiple appearances at the Grand Ole Opry (USA) and has written songs for several US and Australian TV series’, including 'Nashville' (US), 'Instinct' (US) and Channel 7’s, ‘Winners & Losers'. Bowen has also written songs for Virgin Mobile Australia and Cancer Council. Bowen has shared the stage and the studio with an incredible league of artists including The Milk Carton Kids, The Striking Matches, Colin Linden, Clare Bowen, Brandon Robert Young, Charles Esten, Katie Noonan, Ben Abraham, Jon Hume and Morgan Evans.
His latest single ‘The Greatest Thing’ was produced by Grammy nominated artist and producer Kenneth Pattengale of The Milk Carton Kids. It was undertaken during COVID-19 isolation between continents from home studios around the world. It was written as a surprise for his wife, Christina, as part of their wedding speeches when they got married in October of last year. Following a successful appearance as a Finalist on The Voice Australia this year and with a debut album in the pipes for 2020, Bowen is one to watch in the months ahead.
Instagram: @timothyjamesbowen
Youtube: www.youtube.com/TimothyJamesBowen
Facebook: www.facebook.com/TJBOfficial
Website: www.timothyjamesbowen.com