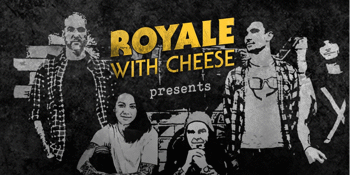 Brass Monkey (Cronulla, NSW)
Friday, 7 January 2022 5:30 pm
37 days away
18 Plus
Adult
Music
Rock
Send this event to
Royale with Cheese is Australia's premier 90s rock show, from Seattle-sound to Grunge to Britpop and all the best Oz Rock from the 90s. Royale With Cheese is not just a covers band - it's a rollicking 90s party reviving one of the greatest and most influential decades in rock music.