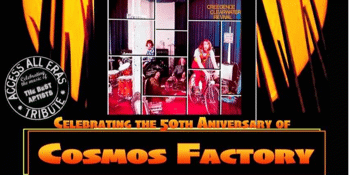 The Bad Moon Rising Band are bringing a new show to 2021. Performing every track in order of the multi platinum LP "Cosmos Factory". Creedence Clearwater Revival`s 5th album, released in July 1970 went on to top the charts in 6 countries including Australia! It produced 7 singles and includes well know cover versions of rock and roll standards.

To add to the show, the Bad Moon Band will be presenting a Best of CCR in the second half of the show. All the hits you know!