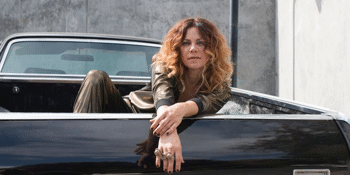 Brass Monkey (Cronulla, NSW)
Wednesday, 25 November 2020 6:30 PM
34 days away
18 Plus
Adult
Music
Send this event to
As the daughter of legendary producer and arranger Don Costa, Nikka was born with music encoded in her DNA. Her youth was punctuated by world travel and performances before enormous crowds. By just about any measure, it was an extraordinary way to come of age as both a woman and a musician.

She told MTV.com in an interview in 2001: “I was really into Stevie Wonder and Aretha Franklin, all the old Motown stuff and Stax. I would just sit around and rewind [the tapes] and try to sing the harmonies and learn each part. I would sit in front of my stereo for hours. I wanted to get that — whatever that was.” After a string of critically acclaimed and commercially successful LPs that began with her 2001 Virgin debut Everybody Got Their Something, Nikka, along with artists like Amy Winehouse and Joss Stone, became a bright star in the “nu-soul” firmament. She is renowned for her unique style — a seductive alchemy that recombines the tropes of American soul and funk music into something wholly her own.

In the years since her debut, Nikka has toured with Prince, Lenny Kravitz, Coldplay, and Beck, has recorded with DJ and producer Mark Ronson, a guest on Queens of the Stone Age record “Villains”, was nominated for an MTV Music Award, had multiple hit singles in Europe and recently performed as a featured artist at the Chris Cornell tribute concert at the forum in Los Angeles. Known for the raw allure and energy of her kinetic live performances, Nikka's voice and stage presence have been compared favorably to everyone from Janis Joplin to Chaka Khan to Sly Stone.