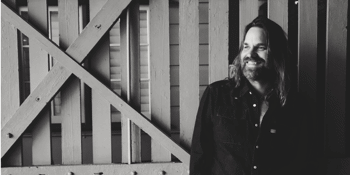 Hugely In demand Australian bassist Phil Stack is one of a rare breed who seamlessly crosses genres from Jazz to Rock , achieving equal amounts of recognition and success in both.

A force of nature on the double bass, Stack attacks the instrument with an energy, vigour and passion almost unparalleled. He has performed and recorded with the who’s who of the music industry including being James Morrison’s mainstay bassist of choice since 1997, touring around the world including 6 European tours.

In 2002 he along with Rai Thistlethwayte formed Rock band Thirsty Merc, going on to record and produce multi platinum selling albums and Receiving Aria Nominations for the group. Thirsty Merc still tour extensively.

Stack has also performed with Branford Marsalis, Wynton Marsalis, Mark Murphy, Tommy Emmanuel, Lalo Shifrin, Jimmy Barnes, Daryl Braithwaite, Michael Buble’ and Troy Cassar Daley. He has recorded with James Morrison, Emma Pask, Katie Noonan, You Am I ,the Potbeleez and the Whitman’s, to name but a few.

Phil is also a singer songwriter, producer and multi instrumentalist, releasing ‘Lap Around The Sun’ in 2015 and His Solo Debut full length Album “Colourful..Noisy” in September 2020.

In his debut solo album he flexes his artistic brilliance, from jazz piano-laden ballads (The Centreline) and exuberant rock-infused pop (Tradin Up), to The Long Game, a heart-wrenching orchestral masterpiece tempered by an unassuming '90s grunge flow- SMH Dec 2019

balancing simplicity with sophistication; the wistful with the more primal - SMH Sept 2015