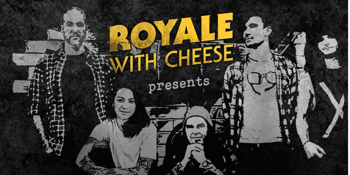 Royale with Cheese is Australia's premier 90s rock show, from Seattle-sound to Grunge to Britpop and all the best Oz Rock from the 90s. Royale With Cheese is not just a covers band - it's a rollicking 90s party reviving one of the greatest and most influential decades in rock music.

We invite all attendees to wine and dine prior to the show, with the Club House Brasserie and the Golden Dumpling Noodle Bar boasting a wide range of menu items. Click here to check it out!