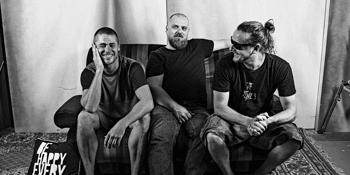 Brass Monkey (Cronulla, NSW)
Saturday, 20 March 2021 7:00 PM
250 days away
18 Plus
Adult
Music
Send this event to
Sydney’s kings of epic blues-rock shred Chase The Sun have become somewhat of a cult band of late, with their powerhouse live show becoming harder and harder to find in recent years - the boys in the band opting to become spectators in the race for fame and fortune.

Guitarist Jan Rynsaardt is recognised by aficionados as one of Australia’s best, and the band combine elements of acoustic blues, stoner rock Psychedelia and Stevie Ray Vaughn boogie into a sound that quickly established them as crowd and critic favourites at festivals all over the country when they hit the scene back in 2007.

2020 sees Chase The Sun back in the hot seat, with a national tour and new music on the horizon - this is a show not to be missed by lovers of loud guitar blues, blazing hard funk played with a cranking 70’s southern rock feel.