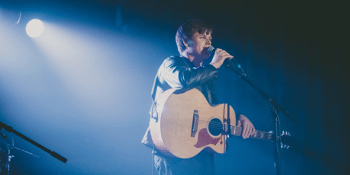 Brass Monkey (Cronulla, NSW)
Thursday, 8 April 2021 6:30 pm
31 days away
18 Plus
Adult
Music
Send this event to
Alex Gibson has rightly earned the reputation as one of London’s hardest working and most exciting musical acts. The Australian born singer-songwriter built a loyal following in his home country before dropping everything and buying a one-way ticket to London.

Now in 2021 he is back in Australia and is celebrating his return with a show at one of his all time favourite venues, The Brass Monkey. He describes his music as a “mix between Pop, Soul and Folk” citing Paul Simon, Stevie Wonder and The Beatles among his musical influences, alongside modern-day stars such as John Mayer, Shawn Mendes and Coldplay.

A string of 2020 single releases have been met with critical success and multiple playlistings.


“Aside from the fact I love his voice , the guitar , the mix and simplicity of it all, sound wise. I was also really moved by the lyrics”