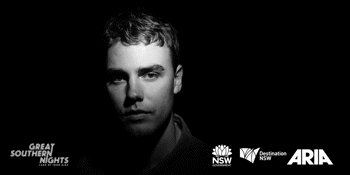 Great Southern Nights in association with Code One presents

The Heritage Hotel, Bulli (Bulli, NSW)
Sunday, 29 November 2020 6:30 PM
38 days away
18 Plus
Indie
Send this event to
After arriving back from Canada and settling down in his hometown in regional NSW, Hein Cooper is returning to the stage in 2020 armed with a bunch of new songs.
Following the release of 2016’s acclaimed 'The Art of Escape', including 15 million Spotify streams of breakout single 'Rusty', Hein Cooper toured tirelessly all over the globe supporting James Bay and Lukas Graham, and experienced solitude on a daily basis. As great as meeting audiences every night felt, the daily routine of traveling solo got to him. To bounce off the clouds, he went where it all began: writing new songs. And out poured 'Underneath It All'.

Musically, the journey is framed in folk with a clear pop sensibility and, this time around, RnB vibe mixed into the ensemble. With a vocal range that sounds stronger than ever and songs that impose themselves like milestones, Cooper – who’s been compulsively listening to Bon Iver, Frank Ocean, RY X, Radiohead and Coldplay – delivers an album to be commended.