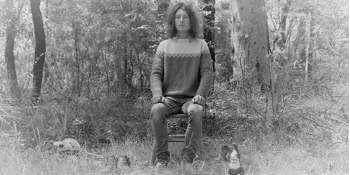 Brass Monkey (Cronulla, NSW)
Saturday, 12 June 2021 5:00 pm
33 days away
18 Plus
Adult
Music
Send this event to
Sydney singer-songwriter Matthew James Lyons evokes the hopes and doubts we keep beneath the surface. Embracing the traditions of icons such as Neil Young, Jackson Browne and Paul Kelly, his writing displays a distinct melodicism and wordplay. Citing folk and alt-country as his musical canvas, the broad umbrella of Americana has embraced his work.
In support of his latest release, ‘Relics’, Lyons shares the stage with band mates Matt Collins (Grizzly MacDuff, Dead Letter Chorus), Bill Gibson (Bernie Hayes Quartet, Lemonheads), and Lee Carey (Dead Letter Chorus, Agnes Kain). On the back of their sold-out album launch, they are back to do it all again. Expect to hear songs from the album 'Relics' and 'Everything That Was' (2016), plus a few surprises.

Listen out for Lyons’ tracks ‘One Day At A Time’, ‘Rhymes’ and ‘Wrong Part of Town’, which have all featured on local radio programs since ‘Relics’ was released in February.

Local singer-songwriter David Harrod will open the show with his unique take on alt-folk.