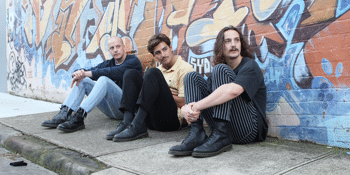 El Sol Mexican (Cronulla, NSW)
Sunday, 1 August 2021 6:00 pm
8 days away
18 Plus
Indie
Rock
Send this event to
General Shrubs are a band built on heart an flair. With their music deeply entrenched in the indie rock scene, the band draws influences from current popular Australian bands Spacey Jane, Dmas and Holy Holy while still pulling out their dads records to listen to the classics. With ambitions to play Arena stages, The Shrubs a under no dissolutions of the hard work and grind that needs to be done in order to get there and are willing to win over their audience, show by show, song by song, until they’re front and centre.