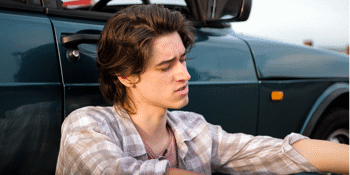 Brass Monkey (Cronulla, NSW)
Tuesday, 10 November 2020 6:30 pm
19 days away
18 Plus
Adult
Music
Send this event to
As his summer Australian tour dates near ever closer, Jackson Carroll celebrates the beginning of a brand new chapter with the release of his debut EP, Name It After Me. The EP, featuring recent single ‘Happyman’ and previous releases ‘Holy Hell’ and ‘How Does It Feel?’, is a bright and rich invitation into the creative world of an exciting young songwriter, raring to go.

Further endearing himself to fans with the release of this six-track record, Jackson demonstrates versatility and vulnerability with Name It After Me. Both ‘Holy Hell’ and ‘How Does It Feel?’ were early examples of the depth of Jackson’s songwriting from the onset; evoking rich emotion and narrative tone. ‘Happyman’, a bright corner turn, strives for optimism and revels in a chase for desire. Injecting his music with personality and a self-aware perspective (‘Smokey Glass Wall’, ‘Little Game’), Jackson wears his heart on his sleeve the entire journey through.

Recording Name It After Me in Sydney at Noisegate Studios with Luke Carra (Caravana Sun) and Ian Pritchett (Angus and Julia Stone, The Beautiful Girls), Jackson brought this music to life in a nurturing and supportive environment that has seen his musicality thrive.

Jackson’s growth as a songwriter is evident throughout the Name It After Me EP. Previous releases have seen him compared to the likes of Matt Corby and Jeff Buckley, while his flourished collection of music here shows that Jackson Carroll is embracing a creative identity all his own.

Bringing a visual narrative of ‘Happyman’ to life, Jackson worked with filmmaker Joel Bryant on the single’s music video, captured at the South Cronulla Bowlo. As he explains, the concept for the video came with a lot of emotional attachment. “The concept for the video, even coming up with the concept, carried a lot with it. The video needed to be something really spectacular in the literal sense of the word. It had to be special. I worked it over in my head for months, went through a whole bunch of ideas. We aimed to do something that wasn’t overplayed, something that hadn’t been done before, something that wasn’t immediately obvious. I’m not sure if we fully achieved that, but the concept we landed on seemed novel to us.” Jackson Carroll

The whole process has been one of discovery and self-resolution for Jackson who, at the culmination of the ‘Happyman’ process, reflected on the wider journey of making the EP. “This is the first product that I have no anxiety, no hesitation about showing off to people; the song, the artwork, the video itself. Everything about this song and everything attached to it excites me to no end and I can’t wait to show the world what we’ve done and what we’re capable of.” Jackson Carroll